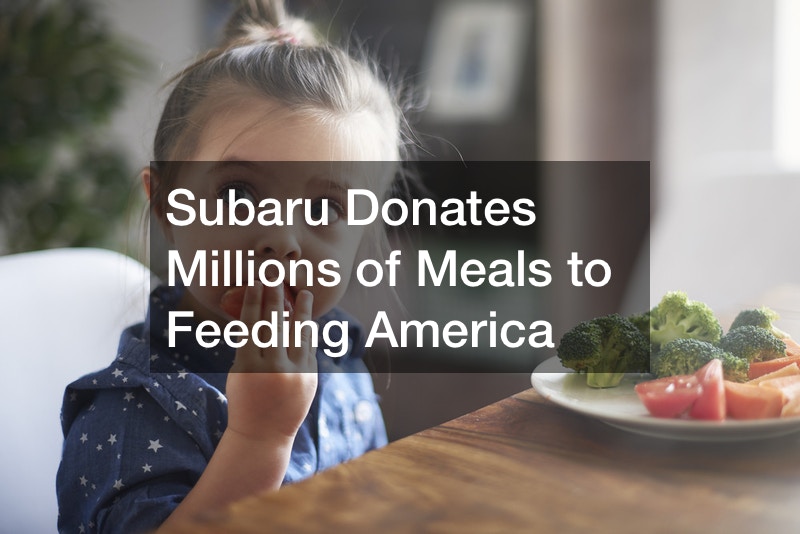 Cars may not seem very important in this day and age. They’re quite commonplace, after all, with 2.8 billion vehicles expected to be on the planet by the year 2036. We rely upon cars in order to commute to work and school, especially in the United States. Thanks to suburbia, many American households are fairly scattered throughout the country, with homeowners unable to reach their workplaces or even grocery stores without vehicles. Although many people use public transportation in order to travel, this comes with a whole host of issues, involving both the upfront cost and the issues that can come with following a public transportation schedule. Additionally, if they can afford it, a lot of people like the control and pride that comes with owning a car. But while it might be tempting to spend a lot of money on an antique car or even a sports car, what the majority of Americans need (and can afford) is a practical vehicle that can get them to and from work while also being efficient on gas and reliably safe to use. In many cases, this type of car is a Subaru.

Over the year, Subaru has built up a specific reputation regarding its vehicles. Recently, in fact, Subaru scored second on a Reputation.com report, ahead of other automobile manufacturers like Chevrolet, Toyota, and Ford. Subarus are generally seen as attractive but practical cars. They come in a broad range of different models, which means that both single professionals that are focused on gas efficiency and having a smaller vehicle that can be relied upon have something to appreciate about the Subaru. Furthermore, Subarus often are safer to drive, which means that new drivers can safely drive around in Subarus without their parents being worried about a well-maintained car unexpectedly breaking down. With that being said, however, there is more to like about Subarus than just the cars themselves. When you buy a Subaru car, you can also do something to benefit the world at large, and you’ll know that you’re investing in a company that takes the public good seriously.

Subaru of America, Inc. has actually just recently announced that it is continuing to commit both time and money to its partnership with Feeding America in order to help fight hunger in the U.S. In fact, its most recent commitment will allow the company to provide an additional 100 million meals to Feeding America, which will be double its April 2020 donation of 50 million meals. The continued partnership is demonstrative of the fact that when you buy a Subaru car, your money is actually going to a company that uses its prodigious resources to help others. Right now, that is needed more than ever.

Why The Subaru of America, Inc. and Feeding America Partnership Matters

Right now, people are facing unprecedented financial challenges. The COVID-19 pandemic has put millions of Americans out of work, or working reduced hours. This does not merely mean that people are dealing with the realities that come with giving up certain luxuries. It means that they are not only unable to pay their bills, but are unable to feed their families as well. While some areas have reliable food banks available for those in need, it can be difficult to access these services. Additionally, many food banks are overtaxed as it is. Furthermore, applying for federal benefits can take time, and some people may actually be denied them unfairly. Therefore, food stamps should not be taken for granted as benefits that will help everyone that is unable to feed their families. Furthermore, these benefits do not count towards the regular expenses that people need to take care of, like rent and mortgage payments, utility bills, car insurance, and much more.

Additionally, lots of people are dealing with expenses that were previously either minor or nonexistent. For example, if individuals that were hospitalized with COVID-19 are now dealing with potentially devastating medical expenses, as well as long term complications that could continue to an unforeseen amount of time. Additionally, these bills are being moved on top of medical bills, as well as other various debts, that many Americans are already dealing with. While people can attempt to become more frugal, managing expenses is virtually impossible while they lack a reliable job that pays a living wage. A person that is struggling to feed their family is not only unable to buy a Subaru car when they wish to do so. A simple auto repair expense could easily make them unable to maintain their home, and perhaps even face homelessness as a result.

This is why it’s so crucial that Feeding America has partnerships with massive companies like Subaru of America, Inc. Because Feeding America is a charitable organization, it does not necessarily always have the funds to provide the number of meals that it wants and needs to provide. Additionally, providing meals can be incredibly expensive. Every time an individual chooses to buy a Subaru car, however, Subaru of America is able to increase its profits. The company has the funds to spare for charitable giving and has chosen to help address the fact that right now, one in four American children will face hunger, regardless of whether or not those in charge of their guardianships do their best to feed them properly. The resources being donated by Subaru of America will go towards the large network of food banks managed by Feeding America secure the meals that they provide, and can also potentially help them face more practical challenges as well.

The Challenges Faced by Food Banks

Like many charitable organizations, the food banks in Feeding America’s network were given unique challenges due to the COVID-19 pandemic. Individuals and families that had never previously needed Feeding America’s services were now requesting them in unprecedented amounts. This was not a gradual rise in number of people that required food, either. The shift was sudden, and it was difficult for food banks to quickly secure the financial resources necessary to accommodate it.

Furthermore, it should be noted that all workplaces had to make major changes in the wake of COVID-19. The food banks organized by Feeding America were no different. Not only did the employees at these food banks need to work together, potentially exposing each other to the virus; they also served customer facing positions, coming into contact with those in need. While employees could be made to follow certain protocols, there was no way of knowing whether or not individuals benefiting from the food banks did the same. Therefore, food bank employees needed to be outfitted with PPE, or personal protective equipment, in order to do their jobs safely. This placed a further financial burden on the food banks. This is why something as simple as individuals choosing to buy a Subaru car over other options, knowing that Subaru is partnering with Feeding America, makes such a big difference.

In addition to its financial resources, Subaru of America, Inc. is actually able to provide practical resources to food banks as well. The Subaru franchise actually has 633 automotive retailers nationwide, which means that there are thousands of people working across the country and are available to help the 199 Feeding America food banks face the challenges that they were dealing with.

Firstly, the food banks with the highest level of need will have their needs and issues addressed first. In order to ensure that this happens, Subaru will actually allocate 20% of its donation to food banks in the areas in the U.S. with the highest levels of food insecurity and child food insecurity. Furthermore, different participating Subaru retailers across the country have also independently been making their own separate donations to Feeding America food banks, which adds an additional 5.7 million meals to the number of meals that Subaru of America, Inc. has donated in total. When many people go to their local dealerships to buy a Subaru car, they may not realize not only how connected the company is to charitable giving, but how organized it is in terms of its charitable efforts. Yet since the COVID-19 pandemic began, this has become an important part of Subaru’s efforts.

In addition, Subaru of America, Inc. is going to put devoting a creative campaign to the donations. This is not merely an ad campaign, meant to motivate people to buy a Subaru car. Rather, it is being done to remind people of what they can do to help those in need, and how they can apply love in a charitable manner. Ideally, this will also motivate people to volunteer if possible and certainly donate to their local food banks. Because food banks largely run on donations, this is hugely beneficial. Feeding America does not necessarily have the resources to launch massive ad campaigns, but Subaru of America, Inc. does. Subaru has also been providing employees with volunteer opportunities and encouraging them to take them up. While this might be difficult for some, for those that can commit to volunteering they are participating in an important part of Subaru’s Subaru Loves to Help pillar, an important part of the business at large. This pillar existed before the pandemic, but the pandemic has simply pushed Subaru to make a bigger change more quickly and to focus on the hunger caused nationwide by the pandemic.

A part of the reason why people choose to buy a Subaru car as opposed to other vehicles of course has to do with the reliability mentioned above, as well as the diversity in Subaru’s offerings. Individuals may choose to buy a Subaru Forester, Outback, Crosstrek, or other models in order to have a car that will fit their needs perfectly, while at the same time buying into a company that is known for offering great retailer automotive services. When buying a Subaru from an official retailer, individuals know that they likely will not need to worry about any vehicular issues soon after purchase. But if they do, they can return to their retailer for a “check-up”, and have their car serviced as needed.

But for a lot of people, there is a need to look beyond simply how their own purchases benefit themselves directly. They also want to know that they are making responsible decisions and using their buying power to benefit others in need. This is why the fact that those that choose to buy a Subaru car are buying into a company that is partnering with Feeding America matters. It speaks to the ethical nature of the company, as well as what Subaru is doing to spend its money wisely.

It’s important that individuals do their research before buying cars. Cars are major purchases, and when a person decides whether or not to buy a Subaru car they need to consider where their money is going. It’s their right, and it’s important for them to not only research how the company at large spends its money, but how the smaller retailers dedicate their funds and time. The great thing about Subaru as a company is that there is an expectation for retailers to participate in efforts like the one being dedicated to Feeding America. Individuals can research the charitable efforts of their retailers online, can additionally look further into whether or not their retailers were among those that made individual supplementary donations to the most recent Feeding America donation efforts.

The reality is that the COVID-19 pandemic has been hard on a wide variety of different industries and sales markets. Although Subaru is a powerful and successful company, it has had to face the fact that many people are currently unable to buy cars, at least not at the rate that they once did. But because Subaru is looking ahead, it’s actually doing something to solve this problem itself. The company is making the effort to help families get back on their feet and survive this current crisis. That shouldn’t be dismissed by buyers.